It is more usual to think of historians as searching for verifiable facts about historical figures and events. Because this research project is focused on scandal and reputation, I am in the unusual position of being engaged in a search for verifiable rumors and documented innuendo.

I have seen traces many Ogden, Ritchie, and Mowatt descendants in my travels on the internet. If you make a stop here, be assured that I am not casting aspersions on your illustrious ancestor. Anna Cora was nearly ruined financially and devastated emotionally by Walter Watts’ crime. Her effort to rebound from this scandal – further complicated by the timing of James Mowatt’s death — was nothing short of astounding. I am merely plumbing the depths of the pit into which she suddenly found herself plunged without friend or comfort.

To anyone joining us for the first time, here’s a brief rundown of the Watts scandal: After Mowatt’s very successful Broadway debut in 1847 as first a playwright then as an actress, she was encouraged by friends, critics, and colleagues to try her luck on the London stage as many American performers had before her to varying degrees of success. Arriving there, she immediately drew the attention of Walter Watts, the manager of the Olympic and Marylebone theaters. Despite the fact that she was a mere novice, he signed her to a lucrative long-term contract (Even stars players were usually hired only for one show at a time). Watts publicly presented her with expensive gifts and had a deluxe dressing room outfitted for her where he hosted champagne dinners attended by London’s literary and social elite. This jealousy-inspiring treatment came to an abrupt and shocking end in March of 1850 when Watts was arrested for fraud. Watts’ arrest brought to light the fact that he was a clerk for the Globe Insurance Company who had been financing a millionaire lifestyle for over a decade by systematically embezzling from his company. Four months later, Watts hung himself in Newgate prison.

(If you’d like to read more about the scandal and Mowatt’s entanglement in it, this webpage goes into more depth A Touch of Scandal)

The double difficulty in my research into this scandal is that I’m trying to sort out not only what really happened, but what people thought happened. Because of her personal rhetorical approach and the general standards of the times, Mowatt did not directly address the rumors connecting her to Watts. After a certain point in her autobiography, she even ceases to refer to him by name. Her biographers use phrases like, “everyone in London thought” when talking about the scandal, but it now seems like few of those people documented their beliefs. Therefore more than a century later, I am trying to pick up the echoes of a very damaging whisper campaign.

A tidbit I discovered in one of my recent research “finds” is a perfect illustration of the sort of damaging innuendo that may have been being spread tying Mowatt to Watts at the time of his arrest in a manner that did harm to her reputation in England.

The article, entitled “The Forgeries of Walter Watts” appears at the bottom of page 3 in a New Zealand newspaper on November 5, 1892. Walter Watts and James Mowatt had been dead for forty-two years when the article was published. Anna Cora herself had passed away twenty-two years before. Still, this “true crime” story from half the globe away was deemed by the publishers of the paper entertaining enough to devote two columns to — wedged in between a chapter from a Robert Lewis Stevenson story and a testimonial for the Society for the Cruelty to Animals. This account followed along the general lines of the narrative that I first saw recorded by David Morier Evans in Facts, Failures, and Frauds: Revelations, Financial, Mercantile, Criminal in 1859. The narrative mentions all of what I have come to consider the “major” rumors tying Mowatt to Watts; such as the silver urn, the dressing room, the locket, and the silk scarf. We will devote much time in future blogs dissecting each of these elements at length as they appear in this and other accounts. However among the colorful details this story adds that I have not seen in other accounts, I want to focus here on the following: “(Watts) sent the lady’s husband on a voyage to Trinidad…”

Nothing in my research indicates that Watts funded James Mowatt’s trip to Trinidad or that it was the manager’s idea in any way. According to Mowatt’s autobiography, her husband set sail for the West Indies in October of 1849 on the advice of more than one doctor after a re-occurrence of an unnamed neurological disorder or perhaps a growing tumor that rendered him blind in one eye and would kill him before the end of 1850. She says that the doctors thought the warmer climate and the long sea voyage would be good for him.
I have to enter into the record here that this is the point in Mowatt’s autobiography where she has stopped referring to Watts by name. She wrote her account of the decision for James Mowatt to set sail for the West Indies using a lot of passive voice and vague constructions like “doctors were consulted” and “it was decided.” In the spring and summer of 1849, Watts was presumably still the Mowatts’ friend and great benefactor. She was giving speeches in public talking about how wonderful Watts was and writing glowing dedications to him in the published versions of her plays. Watts was Anna Cora’s employer and had access to much more money than the Mowatts did. If he generously offered help fund a medically-ordered trip to Trinidad for the critically ill James and insisted that Anna Cora stay in London to fulfill her contractual obligations, then how could they refuse?

Also, to look at the scenario from the other side, if I was Walter Watts – embezzler and con man, leading a double life, — who had convinced James Mowatt, — ailing, middle-aged, controlling, ex-lawyer husband of my little American princess star actress — to invest his wife’s life savings in the Olympic theater that I probably had burned down in the spring so I could rebuild with money I was stealing four and five hundred dollars at a time from the insurance company I was secretly working for… You know, I think I could think of a thousand good reasons why I might want him in Trinidad soaking in the sun and slowly dying instead of at a hospital in Germany or Switzerland that specialized in neurological disorders or cancer treatments while I had champagne dinners with his young beautiful wife in her fancy dressing room in London.

Thus you can see that the “(Watts) sent the lady’s husband on a voyage to Trinidad…” statement starts with the firmest foundation of a good rumor. It is plausible. All the characters are behaving in the manner that we imagine that they might—even when we imagine them to be behaving very, very badly.

[In a future blog, I plan to discuss the the aspect of rumor in which the spread of scandal is aided by prior negative perceptions of certain classes of individuals and how being an American actress in London fueled the harm caused to Mowatt by the Watts incident. However, we’ll leave that for now.]

In addition to being plausible, another aspect giving additional power to the Trinidad rumor is the truth of this information is knowable. Unfortunately, I’m not saying that I think that I will ever know the truth of the matter, but it is plausible that there were individuals at that time who knew the truth of about whether or not Walter Watts paid to send James Mowatt to Trinidad. When James left, Anna Cora moved in with her acting partner, E.L. Davenport and his pregnant wife, Fanny. They probably knew. Their children could have known. Members of the theatrical company may have known. Friends of Watts could have known. This anonymous account is written from the perspective of a young man of who Watts befriended.

Thus the “Trinidad” tidbit is succinctly is capable of confirming a willing listener’s most negative suspicions about Watts’ predatory behavior in the Mowatt marriage and Anna Cora’s either passive or active participation in that interference – depending on how negative one’s pre-existing view of her is. Although anonymous and even only ambiguously non- fictional, the narrator gives himself just barely enough credibility to serve as a plausible source for this information.

And so, my friends, forty-two years after the principals are dead, a strong rumor takes a deep, nourishing breath of fresh air.
The presentation chosen for this account leaves me with several questions that I’d like to share with you, dear readers. How seriously am I meant to take this “Page 3” story? It shares many characteristics with Sydney Horler’s “true crime” version of Watts’ story in his 1931 book Black Souls (A million thanks to Christi Saindon for helping me track down this hard to find volume!). Unlike Horler, though, the anonymous narrator claims to have first-hand insight to Watts’ actions and does not identify their version of the manager’s thoughts or words as fictionalizations. Do any of you know anything about New Zealand newspaper publishing conventions circa 1890? Was this section of the paper reserved for light entertainment? Reprints from English papers? Excerpts from books or magazines?

Also, my knowledge of Victorian medical science is thin. Do any of you have more expertise? How valid was the West Indies as a destination for the dying James Mowatt in 1849? I know that neurology was in its infancy and that “the rest cure” was being proscribed for a wide range of psychological and physical disorders of the brain that would be treated with medicine or surgery only twenty or thirty years later, but wouldn’t there be better places in England or Europe to treat someone with something that was exerting so much pressure it was making them lose sight in one eye?

I look forward to your input! Next week – more scandal! 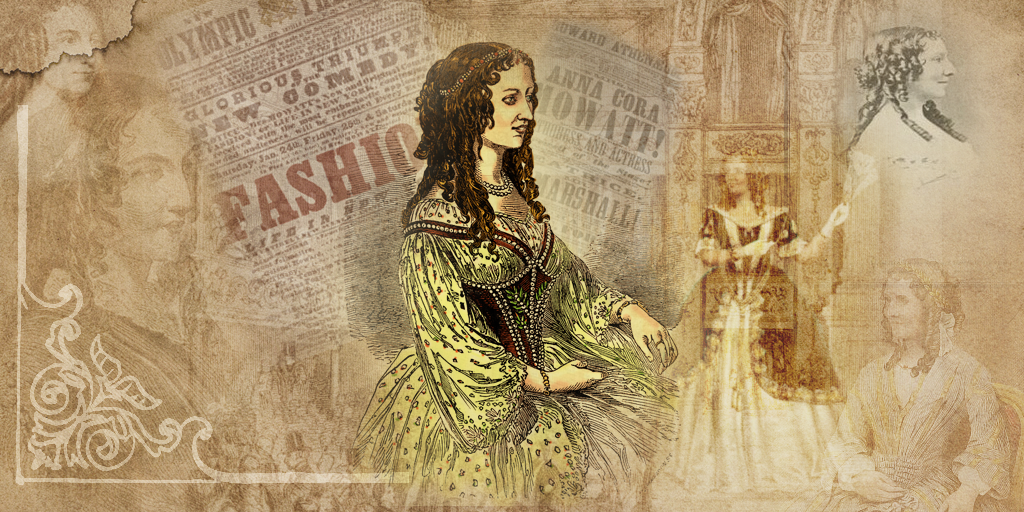